Smart production will be key to increase competitiveness in heavy industry. Eolink's floating wind turbine structure has been designed for an automated production in harbour.

Eolink’s float, composed of 2 hull shapes, is made of square section rather than circular ones to facilitate welding, by avoiding saddle joints and increasing flow rate.

Manufacturing is easier because the pyramid architecture does not present a concentration of effort. This makes it possible to avoid welding large thicknesses of sheet metal, a long and complex process. In addition, Eolink uses stiffened panels like all commercial vessels built today. This process is widely used in shipbuilding such as triple-e container ships. The Korean triple-e shipyard used 600 000 tons of steel to build 11 container ships in one year. The same flow rate could enable to produce 160 wind turbines of 15 MW, that is to say 2.4GW. Automation is especially interesting to manufacture the subassembly of the float because of the repetitive process of stiffener welding on panels. Eolink is expecting to have its own production line adapted to the product specification before 2030. Each of them should be able to produce 67 wind turbines per year.

Once the float is assembled, the turbine can be set on top of the masts while the structure is still on the dry deck. This operation will be done thanks to conventional harbour cranes and gantries. When leaving the shipyard, the floating wind turbine is fully assembled and can be connected on site.

Finally, dismantling of the wind turbine after at least 25 years operation is anticipated. End of life has been studied and it is estimated that 90% of the total mass can be recycle. 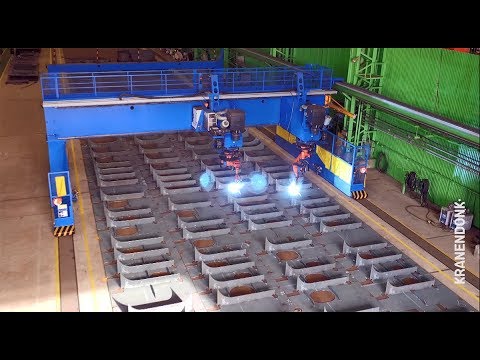 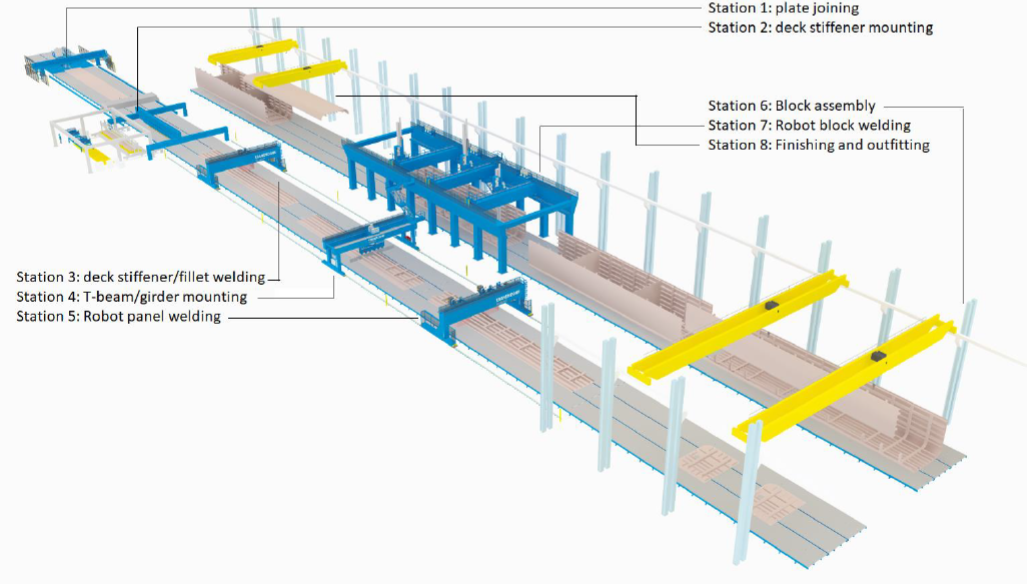